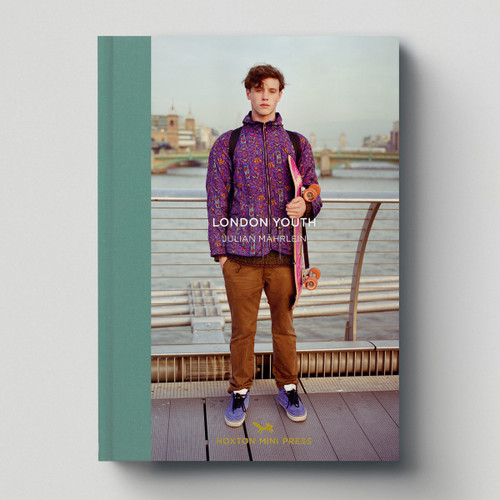 Book 3 from the series 'Tales from the City'

After the London 2011 riots, young photographer Julian Mährlein set out to capture the faces and voices of inner-city teenagers. The resulting portraits, shot on the streets with natural light, reveal the surprisingly tender side of a generation so often misrepresented and which faces a world in profound flux.

Always looking for new ways to represent current social and political issues, Julian Mährlein’s work navigates between social documentary and portraiture. Julian grew up in Germany but completed his studies in London, receiving his BA in Photography from London College of Communication and his MA in Art & Politics from Goldsmiths. His images have been shown in the British Journal of Photography, Dazed Digital, AnOther Magazine and on the BBC as well as many other places.

Hardcover with cloth-covered back case and spine, white and gold foiled.

This is the first edition