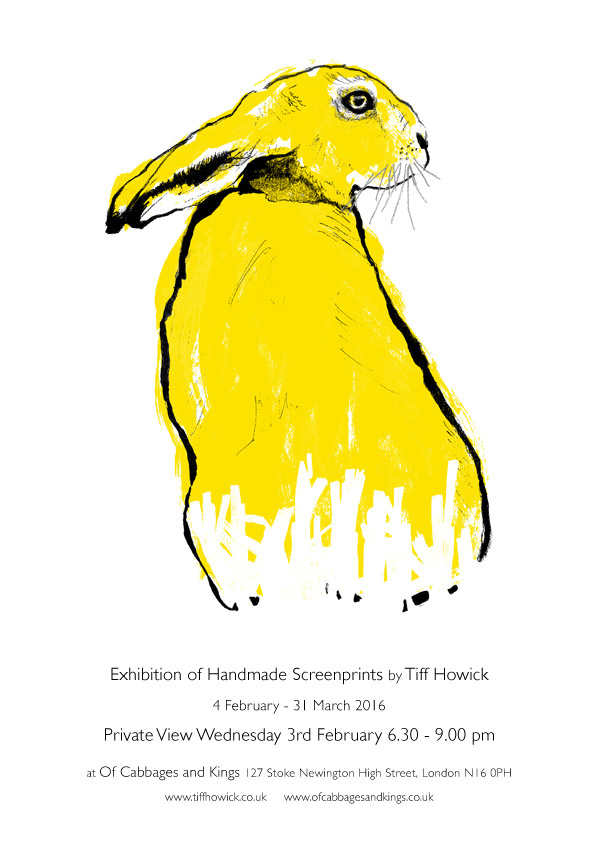 Now living in East London. Influenced by a Scandinavian heritage and childhood summers spent in the mountains of Norway Tiff is inspired by her life long enthusiasm for nature and the outdoors. Her current work is a series of screen prints featuring popular British animals. Tiff's choice of reference images often resemble catwalk poses, a nod to her fascination with fashion illustration's ability to capture purposeful movement in a still image.

Each screen print starts as a pencil drawing to describe the essence of the animal using simple lines and a mixture of light and bold marks.  The image is then redrawn in ink and a separate layer of colour created using brush marks to add texture.  The drawings and painting are scanned and manipulated digitally to create the positives for screen printing.  The final images are two colours, black is combined with either a bright colour or more subtle metallic ink. They are individually printed by hand, a process that introduces subtle nuances in every print, making each one unique.