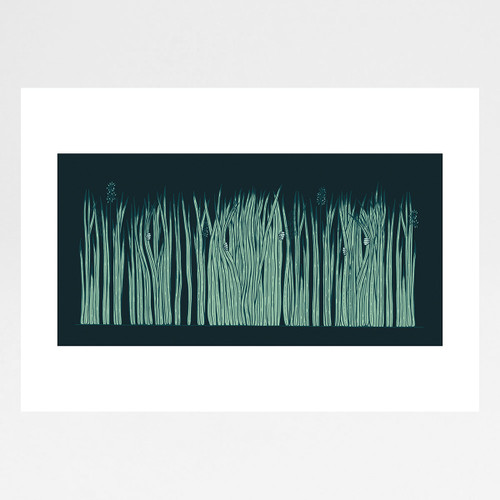 Records and old maps show that fields, market gardens and nursery gardens persisted in the London Borough of Bethnal Green from medieval times. 1717 records describe the area as ’47 acres of meadow and pasture’. When industrialisation arrived in the 19th Century it brought urban poverty with it and an end to rural Bethnal Green.

East London’s rural past is now invisible throughout most of the borough and the Bethnal Green Nature Reserve site is a rare example of a place where it is still possible to have a sense of continued history. Over four months in 2015 artist Tal Brosh has produced an illustrated history of the BGNR in four incarnations: a medieval meadow and market garden, a Victorian church, a war-time bomb site and now an apothecary garden called Phytology. The work imagines these slices of the space’s life that has seen nurture, worship, violence and then nurture again. Each new piece of work is layered upon the previous image to create a single art work.