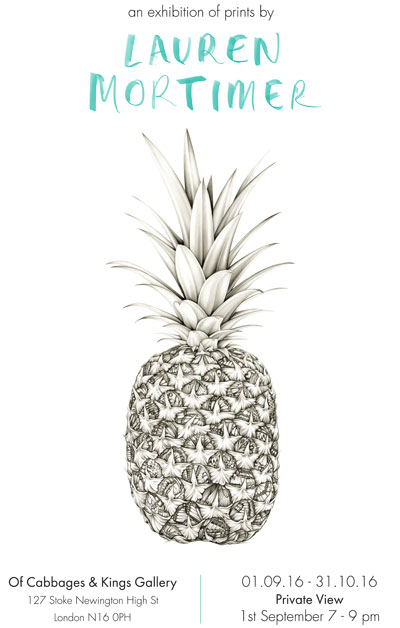 Born in Tucson, Arizona in 1986, Lauren moved to London aged two and has lived and worked here since. After studying Fashion Communication with promotion at Central Saint Martins, she decided that illustration would be a far better suited career.

Lauren’s best friend is her pencil. The most basic of tools, it can do extraordinary things! With it she interprets life as we see it using patterns, lines, texture, tone, and hopefully, a mood. Her influences are first and foremost everything she sees, feels and experiences. Using the natural world and the language of surrealism, she often transforms her subjects by contrasting and reworking them, capturing an air of curiosity. From ice-cream-brains to gun-bunnies, she takes a tongue-in-cheek approach to her artwork; after all it should be fun!

She has also illustrated a number of books including Tequila Mockingbird: Cocktails with a Literary Twist for Running Press, as well as the What Was… series for Penguin Young Readers Group. Other clientele include Nike, The Sunday Times Magazine, The Telegraph Magazine, Beaux Arts, Le Monde, and BBC.