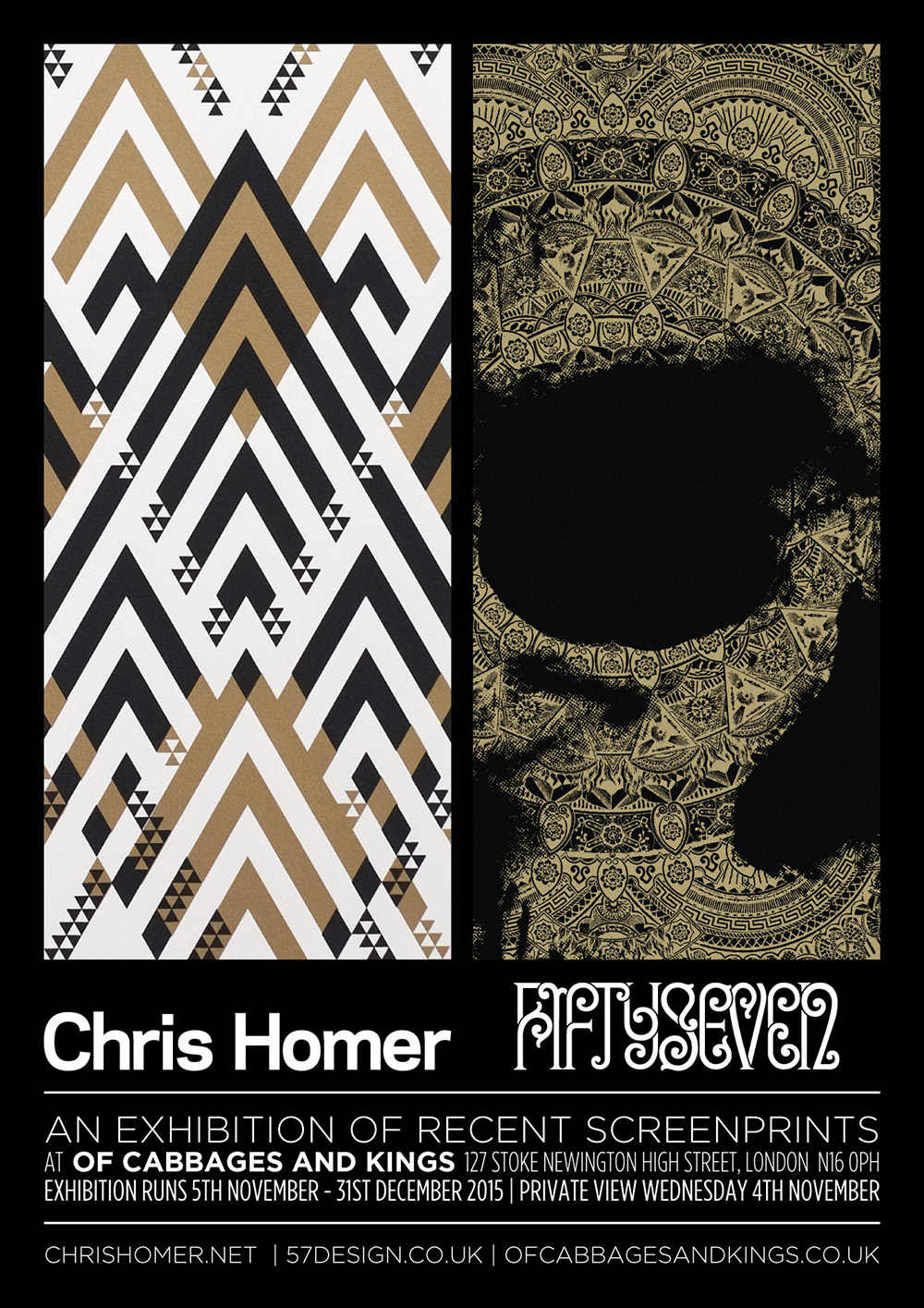 Chris Homer is a graphic designer based in London. The nature of his work centres on representing surroundings and ideas through repeating patterns and geometric forms. As well as purely geometric works, he also mixes in his own photography, extending and playing with the idea of the traditional portrait.

Fiftyseven’s prints are built from a dizzying mix of decoration, pattern and symmetry, embedded with quasi-occult and masonic symbolism. Working with a restricted colour palette and especially favouring metallic inks, he calls his illustration aesthetic ‘Neo-Victorian Maxilmalism’.

Fiftyseven is the pseudonym of Steve Mitchell, a self-employed graphic designer, illustrator and printmaker based in London.